Knowing the limits of one's expertise

People who are experts in an area may be tempted to think and act as if their expertise is not limited to that area. A philosopher may expect others to take his view on arts as seriously as they take his philosophical view; a folklore expert may comment on politics in an authoritative tone even though he did not have any training in political theory or political analysis; a scientist may criticize a philosopher's argument because he does not understand how different are philosophical investigation and scientific investigation. Richard Feynman, for example, said this about Spinoza:

My son is taking a course in philosophy, and last night we were looking at something by Spinoza --- and there was the most childish reasoning! There were all these Attributes, and Substances, all this meaningless chewing around, and we started to laugh. Now, how could we do that? Here's this great Dutch philosopher, and we're laughing at him. It's because there was no excuse for it! In that same period there was Newton, there was Harvey studying the circulation of blood, there were people with methods of analysis by which progress was being made! You can take every one of Spinoza's propositions, and take the contrary propositions, and look at the world --- and you can't tell which is right. (The Pleasure of Finding Things Out, p.195)

Of course you can't tell which of Spinoza's propositions is true by looking at the world; you are not supposed to! Spinoza was not doing bad science; he was doing metaphysics.

However, Feynman was not unaware of the limits of his expertise. In another place he said this:

I believe that a scientist looking at nonscientific problems is just as dumb as the next guy --- and when he talks about a nonscientific matter, he will sound as naive as anyone untrained in the matter. (Ibid., p.142)

Here he was referring particularly to social problems, and he certainly knew that social problems are utterly different from scientific ones. He laughed at Spinoza presumably because he thought that both he and Spinoza were investigating the world, or , reality, and that Spinoza did it in a laughable way.

Feynman might not think he went beyond science when he criticized Spinoza's philosophy. If that was the case, he was not as arrogant as those experts who knowingly exceed the limits of their expertise. But some philosophers would insist that a scientist looking at philosophical problems is just as dumb as the next guy and will sound as naive as anyone untrained in the matter.
Posted by W. Wong at 11:51 PM 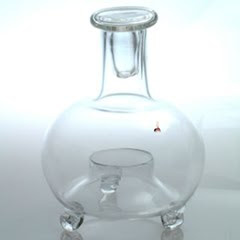